Learn More About Us

Get started with dynamic image management

Changes the cardinal orientation of the image by overriding any Exif orientation metadata.

By default, when an image is transformed using any parameter, imgix automatically uses Exchangeable image file format (Exif) metadata present in the master image to orient your photos correctly. If your image does not contain Exif orientation data, we assume a value of 0 and do not rotate the image. 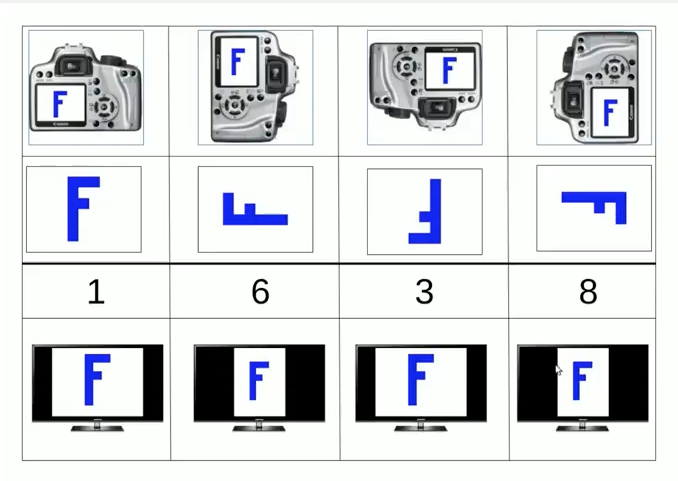 If you know that Exif data will not be present in the master, you can instead use the rot parameter to rotate the image. One important distinction between the two is that orient is intended to correct the cardinal orientation of the image, whereas rot is intended for straightening the image (i.e. correcting camera tilt on a horizon line). Also, rot will rotate your image within the existing frame, whereas orient will rotate the frame as well.

See the API specification for more information about this parameter's value ranges and format.